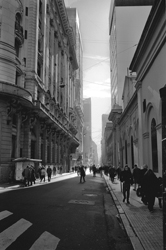 Buenos Aires – RALPH LAUREN – A benefit sale for COAS Foundation through the exhibit "Twenty solidarity photographers" held at Buenos Aires Ralph Lauren House, from the 6th through the 10th of December, 2006.

Buenos Aires – LA RECOVA DE POSADAS - An exibition together with three other photographers in this new open artistic place in the City. May/2007.

Buenos Aires – ART HOTEL – A solo exhibition under the frame of the "XV Encuentros Abiertos – Festival of Light", from the 10th of August through the 15th of September, 2008.

Copyright 2006-2008 Horacio Rosell. All rights reserved. No part of this page including (but not restricted to) text and images may be reproduced without the prior written permission of Horacio Rosell. Website deisgn and maintenance by Amazing Internet Ltd.